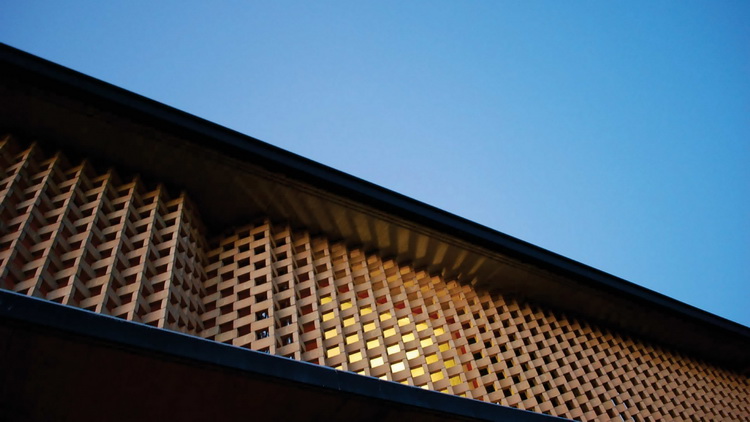 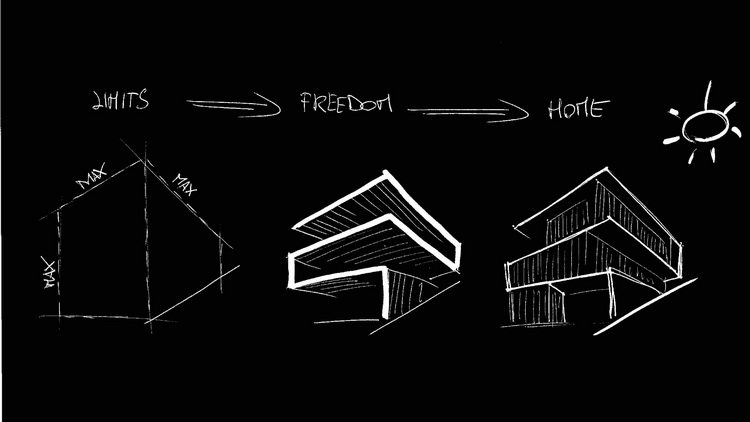 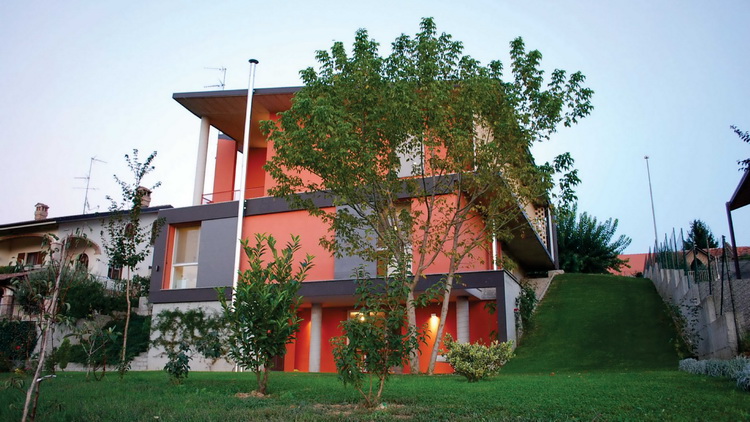 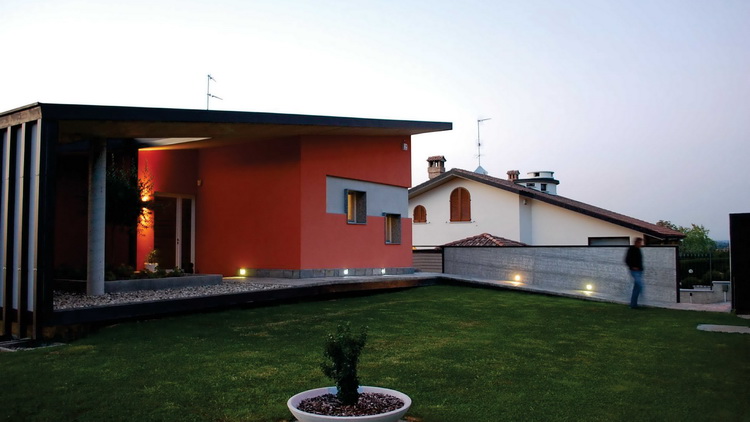 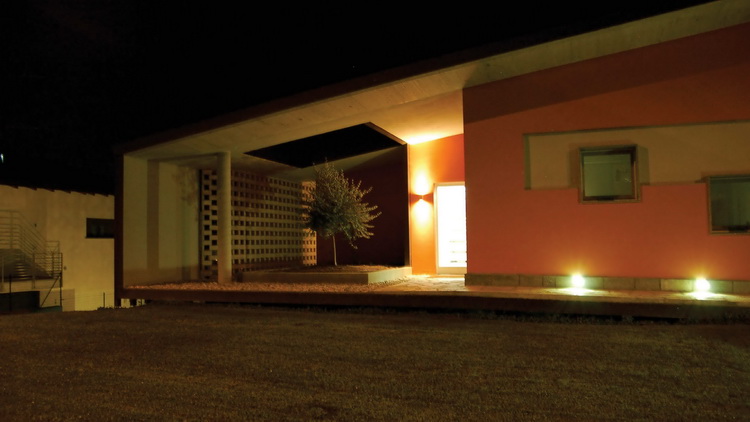 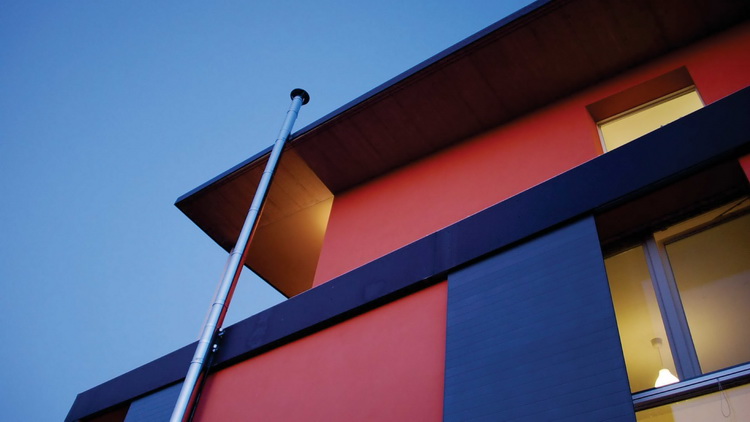 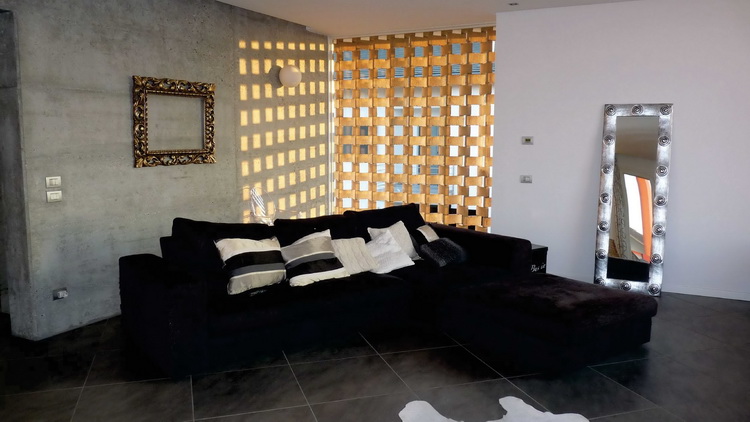 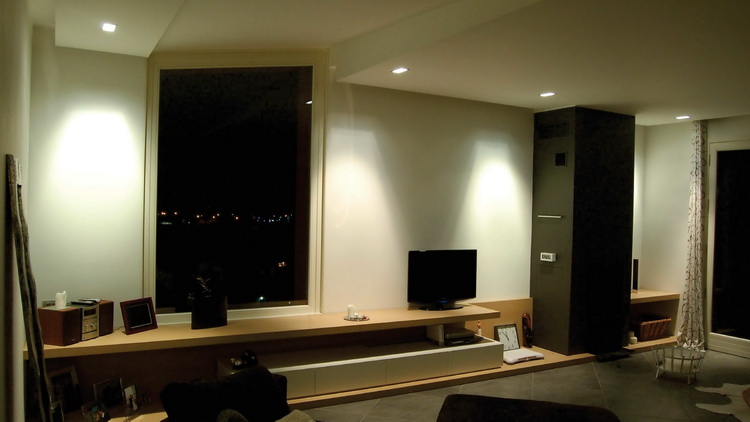 The building is a private villa built in one of the many area's subdivisions that characterize the landscape of the Italian suburbs. In these places, through an imaginary developed over the years, anyone can buy a piece of freedom: an isolated house, free from annoying neighbors. Yet in reality, everything is translated into areas where, to maximize profits, housing are "piled up" turning what should be a space in which to be free in a very limited place where all is an illusion. Realizing the problem of these space limitations, I have decided to underline this sad reality through the concept, almost figurative, of a tape that moves inside of these limits.

In addition to considerations on the morphology of the land, there are two ideas that we have followed for the contextualization of Villa AGET: The landscape and local building traditions.

Speaking about local architectural traditions we can say that are characterized by strong and various of brick. Often this material was also used with different degrees of permeability, obtained by methods of installation that form decoration with solids and voids, to allow aeration for drying hay. When it was decided to create a sunscreen for repairing the wall of the building most exposed to the sun, I have drawn on this tradition deciding to draw a brick wall without moving parts that filters the light into logic of building energy efficiency.

Turning to the landscape must be said that the surrounding area is called Oltrepò Pavese, famous as one of the best wine producing areas around the world. Here the landscape is marked by hilly vineyards continue without interruption. Also the Villa land was a vineyard and the contractor who has transformed and urbanized the area, have maintained a small vineyard that he continues to care it. In a place like this, you could not afford to ignore such a reference. So when it came to designing the internal stair, I immediately thought to make a quotation from the vineyard by going to resubmit it both structurally and conceptually. 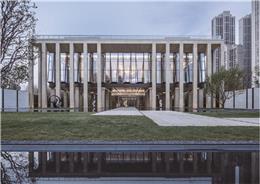 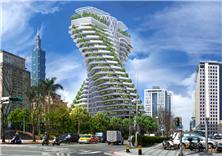