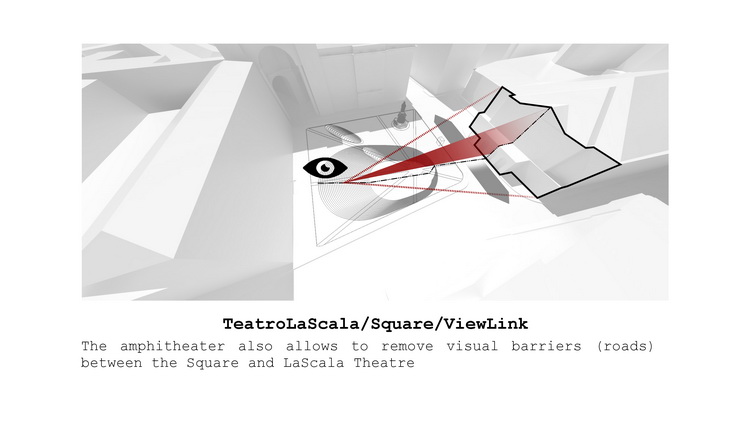 The project combines two elements, the memory of the existing square (through its deformation in relation to the main pedestrian flows as symbolic with the existing monumental buildings) and the reinterpretation of the square as a place where people create.

In the same time this operations give us a huge improve of the simultaneous enhancement of mutual monumental elements present. But a square is especially aggregation. The simplified form of the interior of the theater is copied, extruded and deformed to create an amphitheater that does not interfere with the routes and the visual but which emphasizes the centrality of the Teatro La Scala.

The pedestrian link, it is a square, is favored allowing the ascent directly beneath the porch of scale and creating a strong appeal with the Galleria Vittorio Emanuele as well as with the Cathedral. But the amphitheater also allows you to remove barriers (cars and roads) visual between the Square and the buildings also symbolically linking them with its tiers through which the streets magically disappear from view. 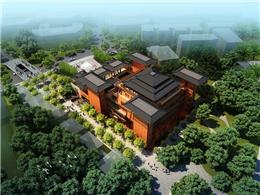