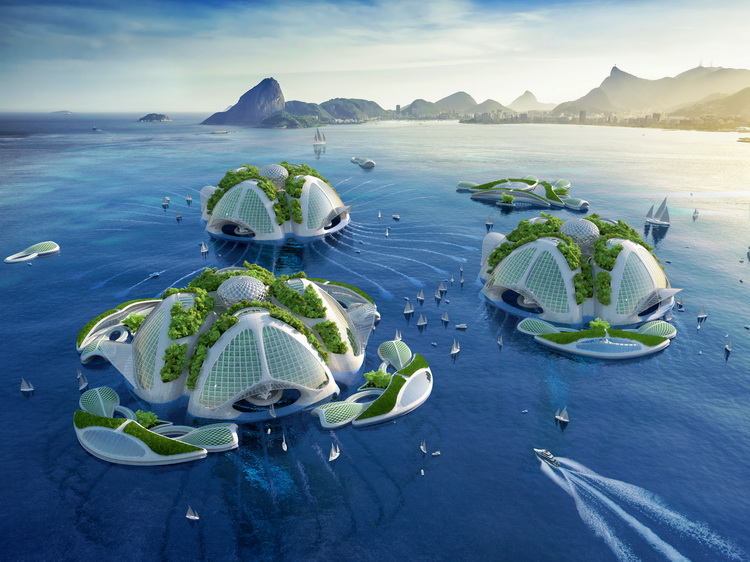 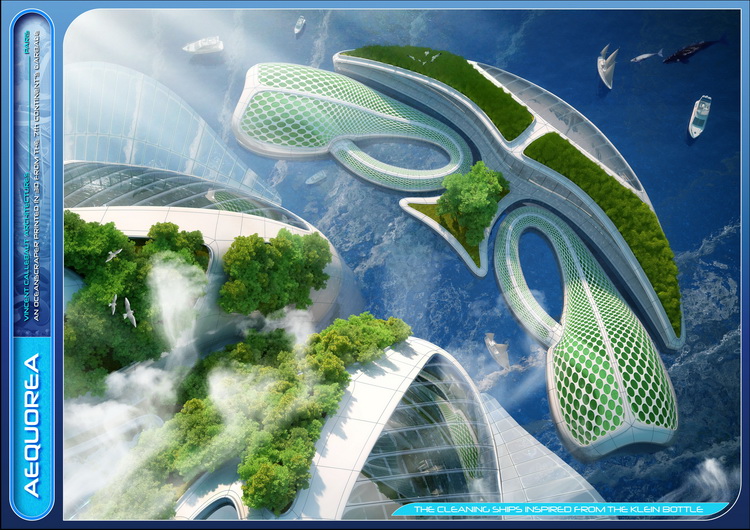 My name is Océane. I'm 15 years old. I'm an aquanaut teen. I was born in immersion in 2050 in an underwater farm called "Aequorea" off the coast of Rio de Janeiro. Bio-inspired, the farm draws its name from a bioluminescent, light-emitting jellyfish characterized by its articulated, webbed tentacles. These tentacles enable it to swim and ensure its stability, while producing its own energy.

My grandparents are oceanographers and architects. For the past 50 years, they've been participating in the collaborative construction of Aequorea. It's a genuine underwater village printed in 3D from algoplast, a composite material they invented that mixes algae with garbage from the 7th continent. You know, the 7th continent? That infamous soup of plastics formed at the beginning of the century in the heart of the five main ocean gyres, where the Coriolis effect causes the currents to swirl.

In the 20th Century, on Earth, every human being was producing up to ten times their weight in garbage annually. Two hundred and sixty-nine million tons of plastic waste with a life expectancy of a thousand years were thus produced every single year, and more than 10% of it were ending up in the oceans.

My grandmother explained to me that, geopolitically, the 7th continent didn't belong to any state. It was indeed located in international waters. Through negligence, no one wanted to commit to cleaning those 27 million tons of plastic waste trapped by the sea currents in the heart of their vortex. The oceans, which cover 71% of the surface of our blue planet, had become the dumping ground of humanity, she told me.

Well, my grandparents, together with a community of scientists, decided to extract value from this disgusting soup of petroleum-based waste by recycling it. They formed an NGO to defend an ethical approach to the oceans. Aboard their weird ships inspired from the Klein bottle, they tirelessly sorted and crushed into granules bottles, cans, bags and other types of packaging. They filtered the microparticles suspended at depths of 10 to 30 meters (30 to 100 feet). Inside moon-crescent-shaped floating workshops and fab labs, they mixed this raw material with an emulsion of gelling algae, to extrude it in the form of eco-friendly filaments. Those reels of eco-friendly filaments were then used by 3D architectural printers to reinvent naval construction. As soon as 2015, they began the repurposing of plastic waste dumped by the People of the Land into impervious, durable materials.

When my grandfather tells me about his terrestrial way of life of the time, it seems totally preposterous today. The People of the Land, those supposedly, self-proclaimed Homo Sapiens, took two centuries to understand that they were living on finite territory with limited natural resources. They were consuming the city like a commodity, rather than a common good that should be nurtured in symbiosis with nature. They were suffocating from inhaling urban smogs, the infamous photochemical clouds caused by pollution. Without knowing it, they were ingesting plastic infesting the food chain. And because of overfishing, they had almost emptied the supply of fish in the oceans. In this December month of 2065, it's still hard for me to believe how carelessly the People of the Land mortgaged the fate of future generations. 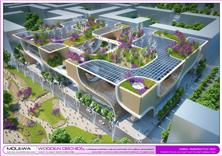