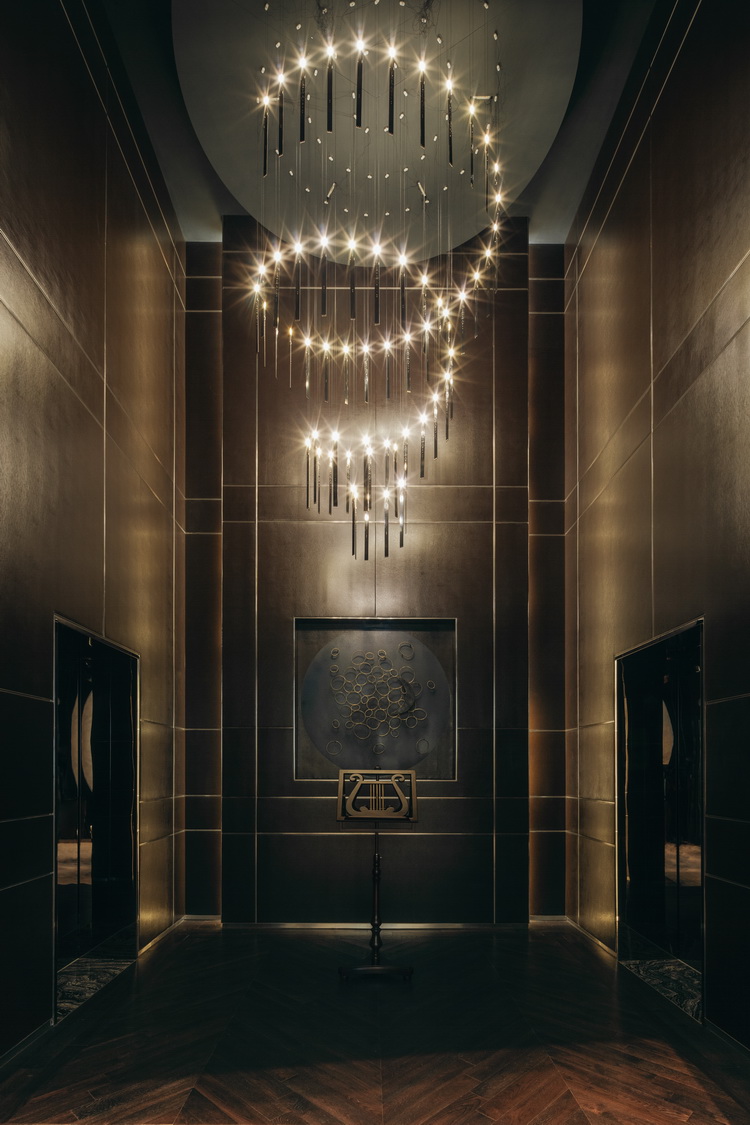 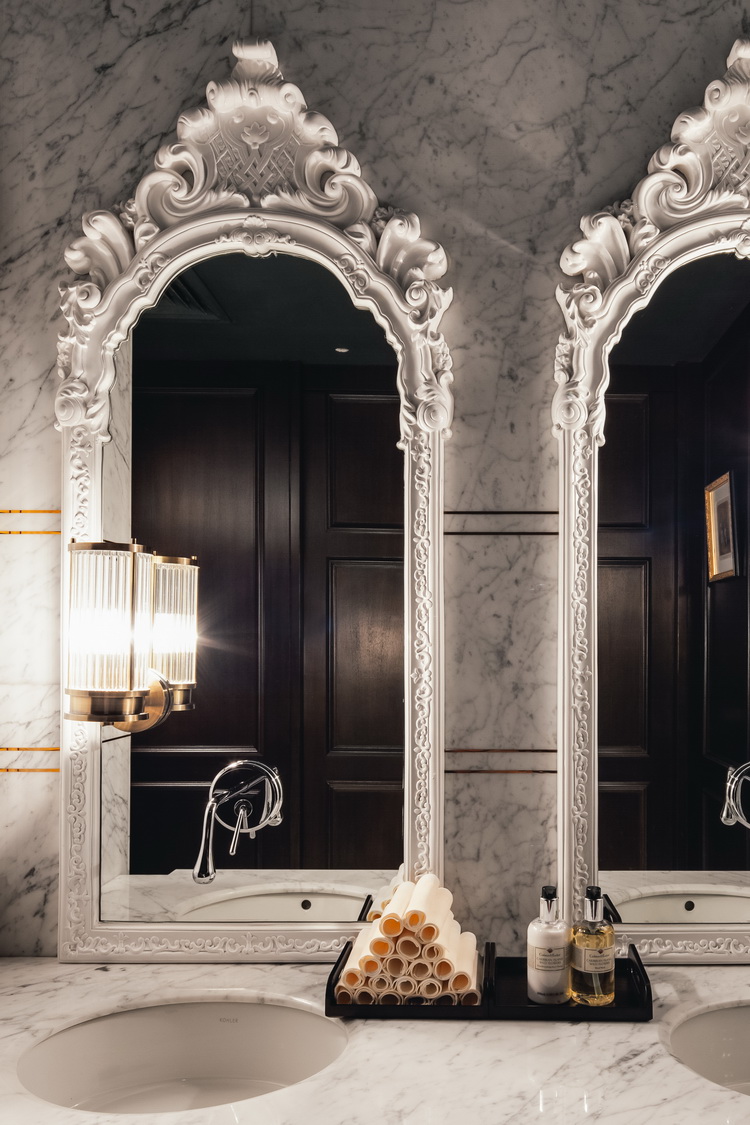 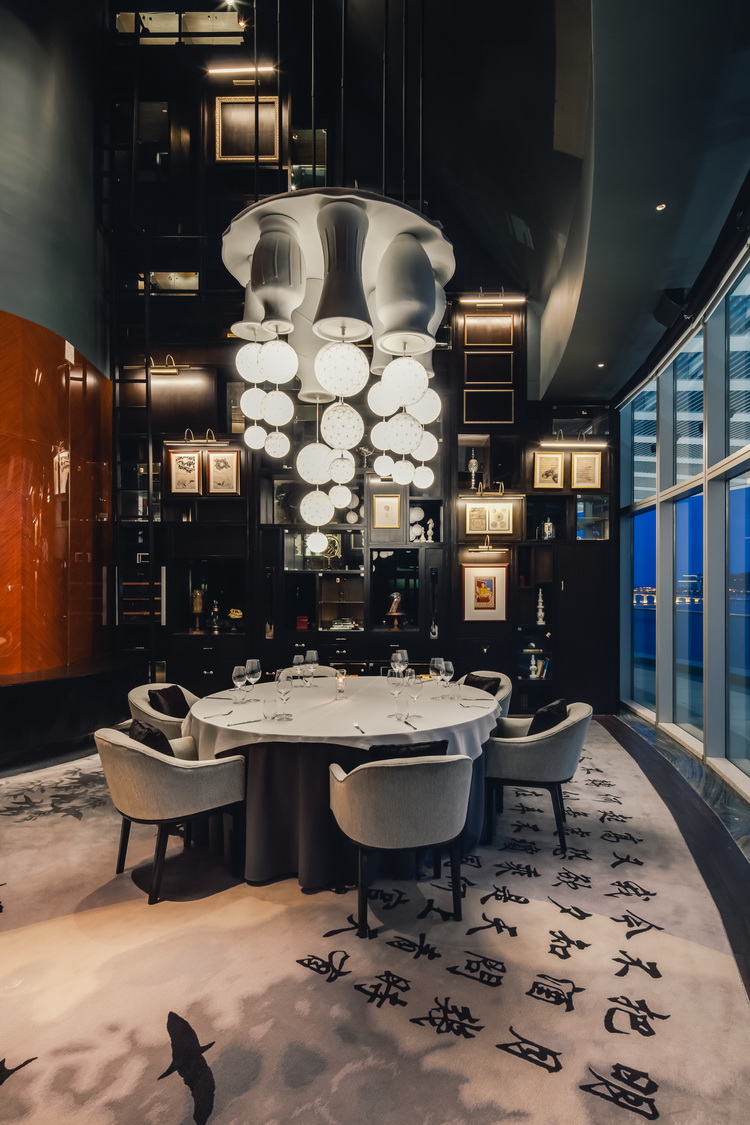 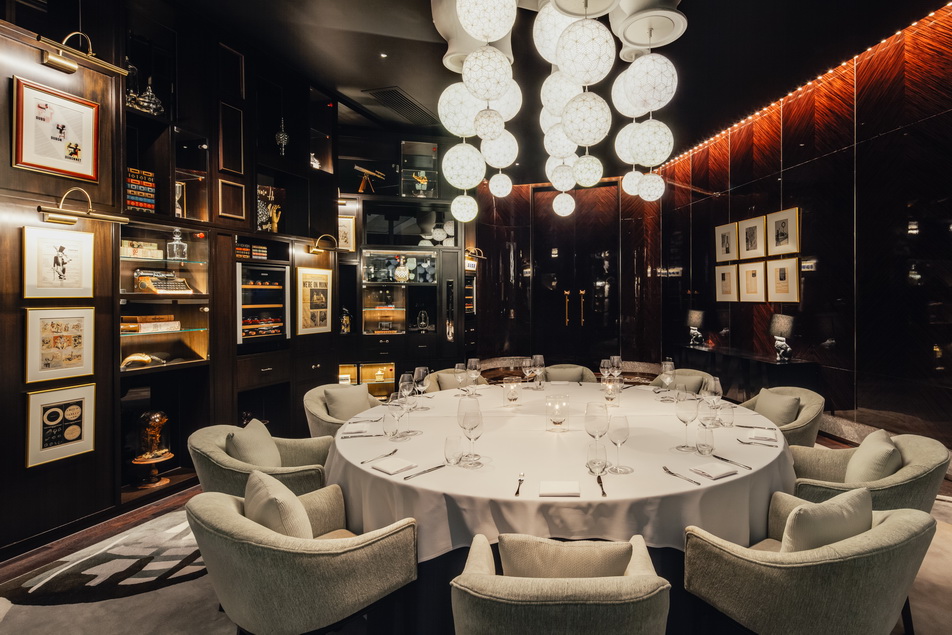 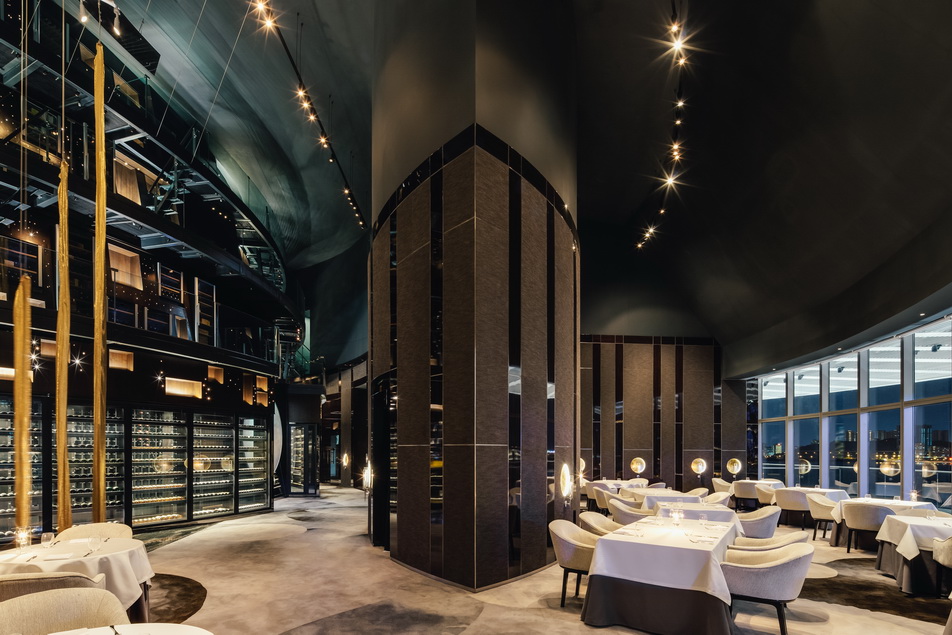 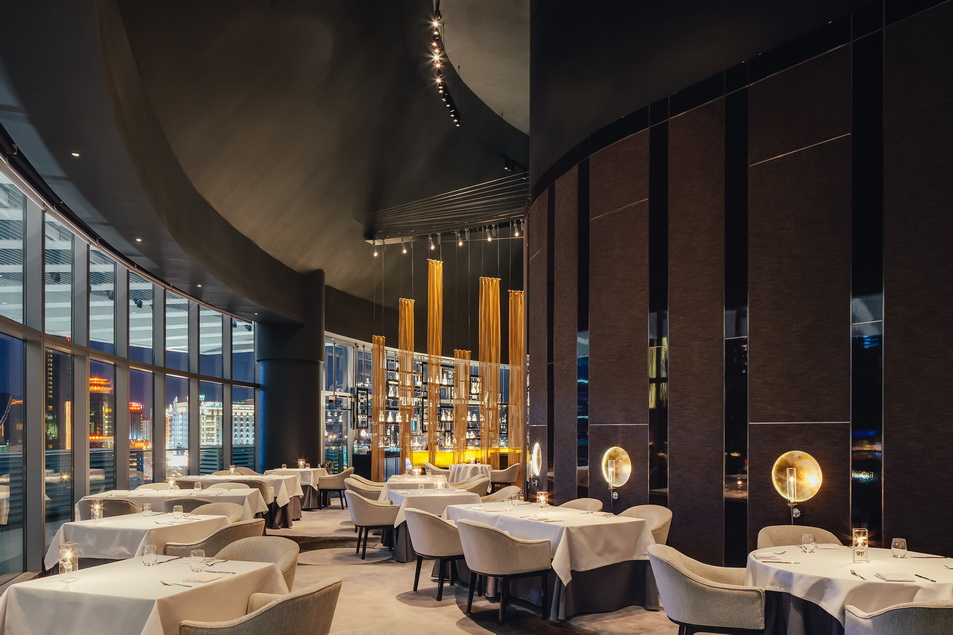 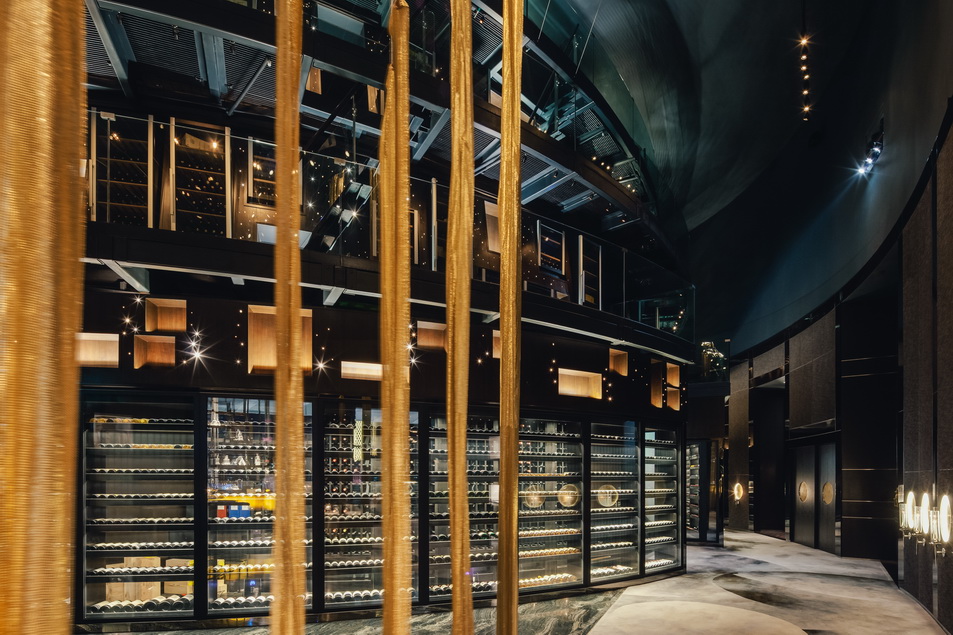 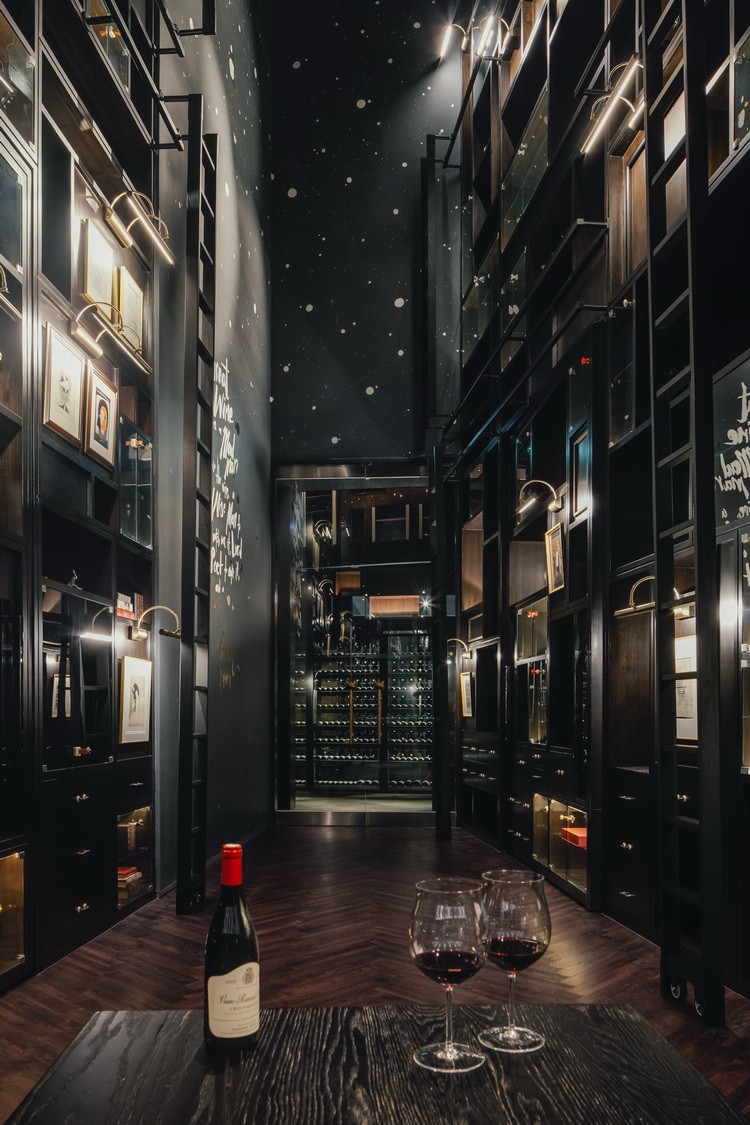 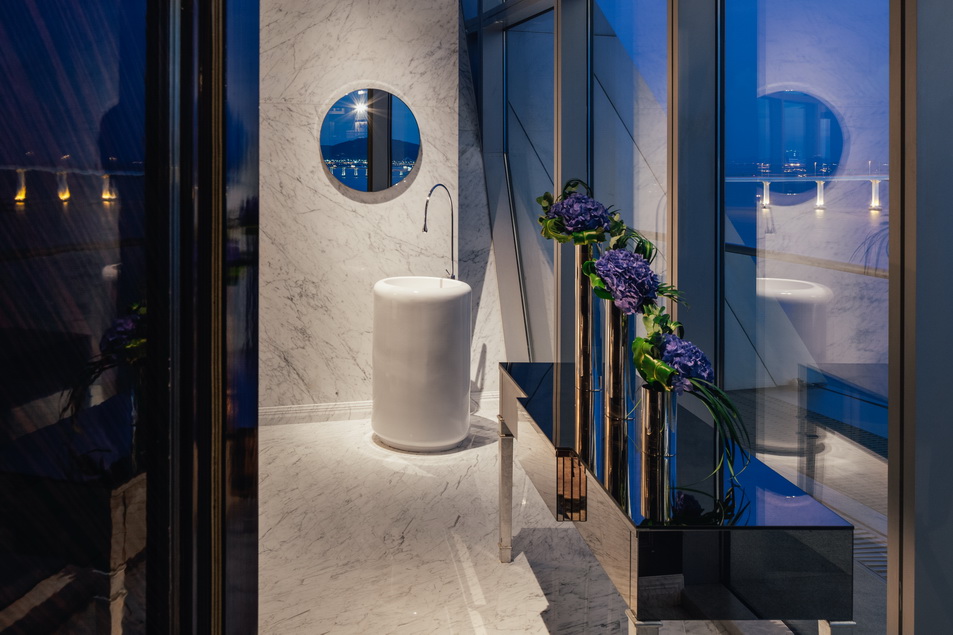 Description: Le Lapin is a quirky French eatery inside I.M. Pei’s Macao Science Center. Influenced by the restaurant’s circular shape, the owner’s Chinese zodiac (rabbit) and Macau’s status as an intersection between East and West, Le Lapin is the amalgamation of two narratives: Jules Verne‘s “From the Earth to the Moon” and the Chinese Moon Rabbit.

The Wilson Associates New York design team created a holistic design package for the client that included everything from space planning to menu design. The entire concept started with the client, Carson Liu, who was born in the year of the rabbit. He is also a Robouchon-trained chef who wanted to open a modern French restaurant concept in the Macau Science Center, a distinctive conical-shaped building designed by famed architect I.M. Pei.

Influenced by the restaurant’s circular shape, the owner’s Chinese zodiac, and Macau’s
status as an intersection between East and West, the Wilson Associates team arrived at one prominent design narrative: Jules Verne’s story of traveling to the moon, and the
beloved Chinese fairy tale of the Jade rabbit in the moon.

In Chinese folklore, the rabbit is the companion of the moon goddess. This relationship fueled every element of the design, from the entryway to the private dining rooms and restrooms. Not only would guests leave talking about the savory French cuisine, but they would also leave talking about the venue’s symbolism and playful design narrative.

From there, the design team created Monsieur Rabbit, Le Lapin’s protagonist, Mademoiselle Rabbit, his lady companion, and Mr. Fox, his arch nemesis. These characters are referenced throughout the entire space via the door pulls, artwork, bathroom decals, lamps, etc. The moon comes to life via the 16-meter-tall wine cellar, which features a lunar projection and LED lights mimicking stars. The vignettes, quirky finishes and sophisticated furnishings allude to the distinct blend of polish and playfulness that is Monsieur Rabbit, making each guest feel like he/she is part of the narrative.

Like the moon, Le Lapin is laid out in a perfect circle. Guests exit the elevator and arrive in a French art gallery setting with a fantastical chandelier mimicking flying candles.

The two private dining rooms feature trap doors that act as portals into the rabbit hole, à la “Alice in Wonderland.” Once inside, upside down topiaries hang from the ceiling, framed newspaper clippings and encyclopedia pages adorn the walls, and an excerpt from Chinese poet Su Shi’s “Mid-Autumn Moon” is hand-tufted into the carpet.

The wine tasting room features peek-a-boo shelving, plus a double-height mural full of stars, with a giant gold-leafed quote that reads, “Great wine requires a mad man to grow the vine, a wise man to watch over it, lucid poet to make it, and a lover to drink it.”

The bar features a world-class selection of whiskeys that sit in metal shadow boxes above the yellow onyx bar. The neon lights of the Macao skyline set the bottles aglow and dance across the glo-mesh curtains that separate the bar from the main dining area. Quirky picture frames hang on the walls, flanked by plush velvet curtains, which create a space full of fairytale glamour. 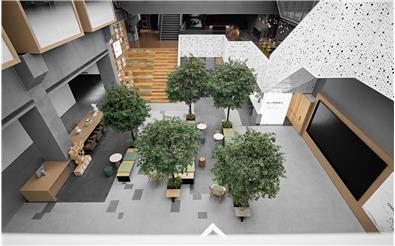 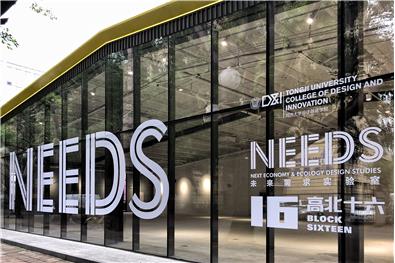